NASA scientists have developed a new climate model that indicates that the most violent severe storms and tornadoes may become more common as Earth's climate warms.

Previous climate model studies have shown that heavy rainstorms will be more common in a warmer climate, but few global models have attempted to simulate the strength of updrafts in these storms. The model developed at NASA's Goddard Institute for Space Studies by researchers Tony Del Genio, Mao-Sung Yao, and Jeff Jonas is the first to successfully simulate the observed difference in strength between land and ocean storms and is the first to estimate how the strength will change in a warming climate, including "severe thunderstorms" that also occur with significant wind shear and produce damaging winds at the ground. Read More

Focus on carbon 'missing the point' 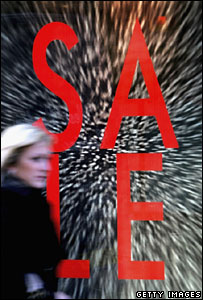 The focus on reducing carbon emissions has blinded us to the real problem - unsustainable lifestyles, says Eamon O'Hara. In this week's Green Room, he argues that bigger problems await us unless we shift our efforts.

Is it not time to recognise that climate change is yet another symptom of our unsustainable lifestyles, which must now become the focus our efforts?

Yet governments, and those organisations who have now assumed the role of combating climate change, subscribe to the notion that climate change is our central problem and carbon dioxide (CO2) emissions is the cause of this problem.

Undeniably, climate change is a serious problem but it is only one of a growing list of problems that arise from a fundamental global issue.

For many decades, the symptoms of unsustainable human exploitation of the natural environment have been mounting: species extinction, the loss of biodiversity, air and water pollution, soil erosion, acid rain, destruction of rainforests, ozone depletion - the list goes on.

Building a wiki could be the democratic innovation we need to finally adequately address the climate change problem - a wiki could at least put us all on the same page - and may be a very useful tool in managing man so that a sustainable future is possible. Read More 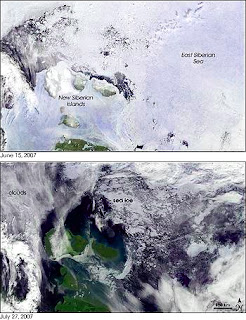 A rapid disintegration of Arctic sea ice during July has prompted scientists to warn there is a 92 percent chance that Arctic sea ice extent will hit an annual record low. Sea ice extent, the area of an ocean covered by at least 15 percent of ice, has been shrinking since the late 1970s, when satellite measurements began.

The decline is believed by many researchers to be due to higher temperatures due to global warming from a buildup of greenhouse gas emissions in the Earth's atmosphere.

Is the South Asia monsoon a harbinger of things to come and will we be ready next time around? The perennial monsoon floods that have devastated parts of Bangladesh, India, and Nepal are said to be the worst in 30 years. The death toll has surpassed 2,200, made over twenty million people homeless and resulted in massive crop failure, ensuring hunger, poverty and homelessness for millions of men, women and children in South Asia for some time to come.

FRESNO, Calif. -- Steve Johnson scans the hot, translucent sky. He wants to make rain -- needs to make rain for the parched farms and desperate hydro companies in this California valley. But first, he must have clouds. The listless sky offers no hint of clouds.

Inside a darkened room near the Fresno airport, Johnson's colleagues study an array of radar screens. If a promising thunderstorm appears, Johnson will send his pilots into it in sturdy but ice-battered single-engine planes, burning flares of silver iodide to try to coax rain from the clouds.
Read More
Posted by Unknown at 8:44 PM

Leonardo DiCaprio's "The 11th Hour" is a feature length documentary concerning the environmental crises caused by human actions and their impact on the planet. The 11th Hour documents the cumulative impact of these actions upon the planet's life systems and calls for restorative action through a reshaping of human activity.

The 11th Hour opens in Los Angeles and New York on August 17th, in select markets on August 24th, and nationwide on August 31st.

EXETER, UK, August 10, 2007 (ENS) - Get ready for the heat. In the world's first near-term global warming forecast, British climate scientists say the planet's temperature will plateau for two years and then rise sharply through 2014.

Using powerful computer models, scientists at the British meteorological service's Hadley Center predict that at least half of the years after 2009 will exceed temperatures during 1998, the warmest year currently on record.

This forecast means that while it has taken a century for the global temperature to rise 0.8°C (1.44°F) it will take only 10 years for the planet to heat up half again as much.

Published in the journal "Science," today, the forecast indicates that a natural cooling trend in the eastern and southern Pacific Ocean has kept global warming in check, but that trend is about to end.

United Nations (AFP) Aug 01, 2007
Rich nations were challenged Wednesday to make deeper cuts in their greenhouse gas emissions and to provide the developing world with funding and technology to help it tackle climate change. Developed countries "have a specific responsibility" to carry out deeper cuts in greenhouse gas emission "in accordance with the commitments made under the UNFCCC and its Kyoto Protocol," Pakistani Environment Minister Mukhdoom Faisal Hayat told the General Assembly on behalf of the Group of 77 and China.
Read More