Netherlands has another record warm year

AMSTERDAM (Reuters) - The average temperature in the Netherlands in 2007 matched 2006, the warmest year in 300 years, and the Dutch meteorological institute said it was a sign of global warming.

The average temperature in 2007 was 11.2 degrees Celsius (52.16F) which, along with 2006, is highest average since Dutch temperatures were first measured in 1706, the KNMI institute said on Friday. The normal annual average is 9.8 degrees.

"The most important reason for the recent high temperatures is the slow global warming of the climate," KNMI said.

Dutch temperature records are among the oldest in the world.

Eight out of the ten warmest years in the Netherlands were after 1988. More >>>

New Delhi (PTI): Acting on UN reports during the outgoing year on threats of impending climate change, the Government set up a high-level panel to tackle the impact of global warming.

The first report of the Nobel award winning Inter-Governmental Penal on Climate Change (IPCC) rang the alarm bells predicting that temperatures in the next century are expected to go up by 2.5 to 4.5 degrees Centigrade and that India, along with developing countries, will face a serious shortage of water and threat to food security.

In the midst of a grim scenario painted by IPCC, a council headed by Prime Minister Manmohan Singh will act as a think-tank to decide on India's future course of action in the short term as well as after 2012 when the Kyoto Protocol expires.

A three-member sub-committee to be headed by Nobel laureate and IPCC Chief R K Pachauri will submit its report by early next year. The report will assume significance globally as India has been rated as the 4th largest carbon emitter after the United States, Australia and China. More >>
Posted by Unknown at 7:00 AM

A welcome for the Bali Climate Change Conference outcome, with regrets that it could not go further 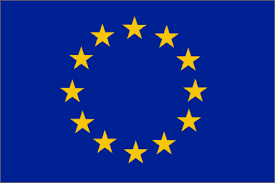 Environment - 18-12-2007 - 09:28
Although some members of the Temporary Committee on Climate Change said they regretted the lack of a direct reference to binding emission cuts by industrialised countries in the final text of the Bali roadmap, most of those speaking at a meeting on Monday enthusiastically welcomed the final outcome of last week's UN Conference.

"The most important political result", said Committee Chair Guido Sacconi (PES, IT), "is that we have reached an agreement" which includes "a roadmap and a timetable" for an international treaty by 2009. Although the text includes "no direct reference to reduction targets", noted the Chair, "all countries, developed and developing alike, are now called upon to take mitigation measures". Moreover, he concluded, the final Bali text addresses many of the EP's concerns, such as deforestation, technology transfer and aid for developing countries. Lena Ek (ALDE, SE) picked up on the last of these issues. "We now have to see to it", she said, "that developing countries can combine the fight against poverty with the fight against climate change". Read More
Posted by Unknown at 5:06 PM

Agreeing upon a timetable

A deal is finally struck in Bali

AFTER a fortnight of often tortuous negotiations, and an additional day at the end, 190-odd countries have decided that a global agreement involving all countries is needed to tackle climate change. The “Bali roadmap”, named after the Indonesian island where the deal was struck, is an important milestone. Rich, middle-income and poor countries have acknowledged both the threat of a changing climate and the need for urgent action by all. Substantive negotiations will start within weeks to produce an international convention by the end of 2009 on exactly how countries will meet their “common but differentiated responsibilities” to fight climate change. Read More

NUSA DUA, Bali, Indonesia, December 15, 2007 (ENS) - Governments meeting in Bali today agreed to launch negotiations towards a strengthened international climate change pact. The new treaty will be a successor to the Kyoto Protocol, which expires at the end of 2012.

The decision by 187 countries includes a clear agenda for the key issues to be negotiated by 2009. The agenda will cover action for adapting to the negative consequences of climate change, such as droughts and floods; ways to reduce greenhouse gas emissions; ways to widely deploy climate-friendly technologies; and financing of both adaptation and mitigation measures.

Concluding negotiations in 2009 will ensure that the new deal can enter into force by 2013, following the expiration of the first phase of the Kyoto Protocol. Read More

Negotiators trying to agree a road map for a new international climate change deal finally managed to broker a compromise deal after days of wrangling.

Ministers from 180 countries meeting in Bali agreed the agenda for a global emissions cuts agreement to launch negotiations for a post-2012 agreement to tackle climate change.

While it will be two years before a final deal on post-2012 is likely to be struck, countries have been fighting for the kind of things they want to see on the table for those talks.

Groups of ministers worked through the night to hammer out the details of an agenda for the agreement which will replace the current Kyoto Protocol. Read More 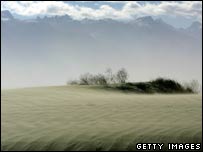 Talks at the UN climate summit in Bali have continued past their scheduled end despite optimism that a compromise could be reached between the EU and US.

The EU has been pressing for the final text to include a specific commitment that industrialised nations should cut their emissions by 25-40% by 2020.

The US and Canada oppose firm cuts and neither side shows signs of giving way.

UN Secretary General Ban Ki-moon said he was returning to the talks from East Timor to assist negotiators.

"I will go back to Bali tomorrow [Saturday] morning again to meet with the delegations... and engage myself in continuing further negotiations," he told a press briefing in the capital, Dili.

The Indonesian hosts of the climate summit have been trying to bridge the gulf between the two sides with a text that reportedly excluded firm numerical targets for 2020, but did contain acceptances that greenhouse gas emissions need to be stabilised by the end of the next decade and that rich nations should play the major part in the effort.

Neither the EU nor the US has formally accepted the compromise wording. Read More

Scientists in the US have presented one of the most dramatic forecasts yet for the disappearance of Arctic sea ice.

Summer melting this year reduced the ice cover to 4.13 million sq km, the smallest ever extent in modern times.
Remarkably, this stunning low point was not even incorporated into the model runs of Professor Maslowski and his team, which used data sets from 1979 to 2004 to constrain their future projections.

"Our projection of 2013 for the removal of ice in summer is not accounting for the last two minima, in 2005 and 2007," the researcher from the Naval Postgraduate School, Monterey, California, explained to the BBC.

Norway’s Arctic Islands at their hottest since Viking Era: Scientists

Norway's Arctic archipelago of Svalbard recently experienced its highest temperatures since the end of the Viking Age around 800 years ago, the Norwegian Polar Institute said Tuesday.

Analysis of ice taken from Lomonosovfonna, one of the highest glaciers on Svalbard, confirmsartic islands that recent local temperatures have been at their highest since the 13th century, the institute said in a statement.

"And the warming is accelerating," Elisabeth Isaksson, one of the glaciologists at the institute, told AFP. Read More

The institute in 1997 removed ice cores from the glacier containing climate information dating back 800 years and it has only recently finished analysing the wealth of data.
Posted by Unknown at 3:46 AM

The amount of melt on Greenland's ice sheet last summer broke the previous measured record by 10 percent, according to new data analyzed by researchers at Colorado University.

The 2007 melt was the largest ever recorded since satellite measurements began in 1979, researcher Konrad Steffen told colleagues at a conference of the American Geophysical Union this week.

"The amount of ice lost by Greenland over the last year is the equivalent of two times all the ice in the Alps, or a layer of water more than one-half mile deep covering Washington, D.C.," he said in a statement released in conjunction with the new study. Read More

That's the sound of cultures drowning

AS THE world tries to hammer out a plan to tackle climate change, tiny islands say it is already too late.

Their homes and history are already disappearing under the rising sea.

Dressed in grass and rattan skirts, the islanders used music, song and slide shows to tell their story to a tearful audience in a luxury hotel on the Indonesian island of Bali.

For nations and communities that sit only a few metres above sea level, even small ocean rises engulf their land and send destructive salty water into their food supply. Read More