30/09/2008 - He said the clock of climate change was ticking faster towards midnight.

"We are simply not reacting quickly enough and we cannot be anything less than courageous and revolutionary in our approach to tackling climate change.

"If we are not, the result will be catastrophic for all of us, but with the poorest in our world hit the hardest," he said in an interview in Weather, the magazine of the Royal Meteorological Society of which he is the patron.

"There are some difficult questions that we must ask ourselves. Do we really understand the dynamics of a world in which energy and food security will become real issues for everyone? More >>>
Posted by Unknown at 11:50 PM Dec 15 2004: The Arctic Council's [recent] report on the effects of global warming in the far north paints a grim picture: global floods, extinction of polar bears and other marine mammals, collapsed fisheries. But it ignored a ticking time bomb buried in the Arctic tundra.

There are enormous quantities of naturally occurring greenhouse gasses trapped in ice-like structures in the cold northern muds and at the bottom of the seas. These ices, called clathrates, contain 3,000 times as much methane as is in the atmosphere. Methane is more than 20 times as strong a greenhouse gas as carbon dioxide.

Now here's the scary part. A temperature increase of merely a few degrees would cause these gases to volatilize and "burp" into the atmosphere, which would further raise temperatures, which would release yet more methane, heating the Earth and seas further, and so on. There's 400 gigatons of methane locked in the frozen arctic tundra - enough to start this chain reaction - and the kind of warming the Arctic Council predicts is sufficient to melt the clathrates and release these greenhouse gases into the atmosphere. More >>>
Posted by Unknown at 6:57 PM

ST. LOUIS, Sept 21 (Reuters) - U.S. agriculture faces the daunting task of growing enough crops to meet the demands of both a hungry world and the booming new biofuels industry while reducing its impact on climate change.

That formidable challenge hung over discussions this week at a U.S. soybean industry conference that chewed over topics from biodiesel fuels to agriculture's own greenhouse gases.

Agriculture was seen by some as a boon, producing alternative fuels that can reduce the man-made emissions of greenhouse gases like carbon dioxide cited by most scientists as the prime mover in global climate change. More>>>

Region could save billions if more energy efficient

September 16, 2008- GEORGETOWN, Guyana: Prince Charles, heir to the British throne, has praised Guyana's President Bharrat Jagdeo's initiative on climate change, saying that it was "one of the most optimistic developments" on the issue.

A press release from the Government Information Agency (GINA) stated that Prince Charles made these comments in his address to almost 300 of London's most influential investors and representatives from some of the world's largest companies at a recent meeting. More >>>
Posted by Unknown at 7:53 PM

15 September 2008: Human rights abuse does not only happen in times of conflict. In its report “Climate Wrongs and Human Rights” released recently, a major civil society group Oxfam International said that the lackluster response of industrialized countries to climate change mitigation is another ticking bomb for human rights violations in developing nations.

“In failing to tackle climate change with urgency, rich countries are effectively violating the human rights of millions of the world’s poorest people,” Oxfam stated.

The report stressed that the industrialized countries’ lack of commitment to clean up their own backyard will hamper the worldwide effort to keep global temperature from going beyond the critical threshold of 2ºC, the ideal temperature in which climate change could be kept at bay. More >>>
Posted by Unknown at 12:19 PM

Currently, rainforests are worth more dead than alive

Why the West should put money in the trees. Guyana's President Bharat Jagdeo explains how Guyana's forrests can contribute to carbon sequestration and mitigate global warming.
In 2006, Guyana's President Bharrat Jagdeo outlined an offer to place almost the entirety of Guyana's rainforest under international supervision as part of the world's battle against climate change. In the Green Room this week, President Jagdeo sets out his views on how to reduce the 18% of greenhouse gas emissions caused by tropical deforestation.

Imagine a business which invested 80% of its profits in products with the lowest rate of return. Is this business destined to succeed? Unlikely. Yet global efforts to combat climate change bear a worrying similarity. The Kyoto Protocol has resulted in the emergence of a more than US$60bn (£34bn) carbon market as the world's main mechanism to reduce greenhouse gas emissions. More >>>
Posted by Unknown at 8:54 PM

Paying for someone else’s misdeeds

The best way to save the Maldives from drowning is not to fly there anymore. And if you want to trek in the Himalaya, try doing it in Second Life, said Kunda Dixit, editor of Nepali Times at a side event during the UNFCCC climate conference in Bali.

For many of us who live in countries in the periphery like the Maldives or Nepal, there is a real feeling that we don’t just have to suffer for someone else’s crime. We actually have to pay for their misdeeds as well.

You don’t have to be a scientist to see what is happening to our mountains. The people of Pokhara in Central Nepal saw something apocalyptic last winter: Machapuchre, the 7,000m high pyramid-shaped peak that towers over the town was snowless for the first time in anyone’s memory.

In the Everest region, the Imja Glacier now has a lake three km long where there was just ice 30 years ago. When one of these lakes burst 10 years ago it washed away a newly-built hydroelectric plant. Dorje Sherpa lost his daughter and grandchild. He blamed the gods, but had he known, he would have blamed fossil carbon. More >>>
[The mountain glaciers are reservoirs’ for South Asia’s water supply, supplying the rivers during the dry season. What will happen to the people who depend on this water not only for drinking but also for agriculture? The aquifers are falling at 6m per year in India and the population levels are rising. It is a recipe for disaster. Editor]
Posted by Unknown at 10:35 AM

The most brilliant minds should be directed to solving Earth's greatest challenges, such as climate change, says Sir David King. He will suggest that less time and money is spent on endeavours such as space exploration and particle physics.

The former UK chief scientist will use his presidential address at the BA Science Festival to call for a gear-change among innovative thinkers.

He says population growth and poverty in Africa also demand attention.
"The challenges of the 21st Century are qualitatively different from anything that we've had to face up to before," he told reporters before the opening of the festival, which is being held this year in Liverpool.
"This requires a re-think of priorities in science and technology and a redrawing of our society's inner attitudes towards science and technology." More >>>
Posted by Unknown at 3:51 PM

Published on Sunday, September 7, 2008 by The Guardian/UK

People should have one meat-free day a week if they want to make a personal and effective sacrifice that would help tackle climate change, the world's leading authority on global warming has told The Observer

A joint of beef. (Photograph/Alamy)
Dr Rajendra Pachauri, chair of the United Nations Intergovernmental Panel on Climate Change, which last year earned a joint share of the Nobel Peace Prize, said that people should then go on to reduce their meat consumption even further.

His comments are the most controversial advice yet provided by the panel on how individuals can help tackle global warning. More >>> 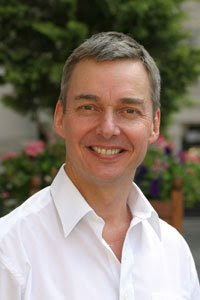 LONDON: AP -September 3, 2008 - The United States and Europe should treat the challenge of fighting climate change even more seriously than they responded to the threat from the Cold War, a British diplomat said Wednesday.

"What's needed is a greater and more urgent mobilization of financial, technological, intellectual and political resources than it took to win the Cold War — a degree of mobilization across the economy of which we have no experience in peacetime," Ashton told a conference on climate change and security at the Royal United Services Institute, a military think tank in London. More >>>
Posted by Unknown at 11:11 AM

Professor Garnaut has the answer to climate change September 3, 2008 : Top government adviser Ross Garnaut thinks he's found the answer to tackling climate change: trees.
The man charged with designing Australia's response to climate change wants to give over much more land across the country to forests and native grasslands.
He championed "biosequestration" - where plants soak up and store carbon as they grow, reducing the amount of carbon dioxide in the atmosphere.

Prof Garnaut wants forests planted and protected, and he wants pastures converted back to native grasslands.
"Probably the biggest of the new opportunities is going to be related to the potential for biosequestration," Prof Garnaut told a scientific conference in Canberra on Wednesday. More >>>
[This initiative should be implemented on a global basis. Editor]
Posted by Unknown at 2:08 PM

Extreme and risky action the only way to tackle global warming, say scientists 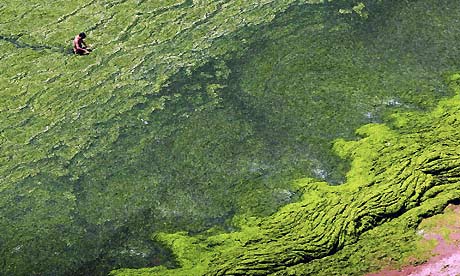 Political inaction on global warming has become so dire that nations must now consider extreme technical solutions - such as blocking out the sun - to address catastrophic temperature rises, scientists from around the world warn today.
The experts say a reluctance "at virtually all levels" to address soaring greenhouse gas emissions means carbon dioxide levels in the atmosphere are on track to pass 650 parts-per-million (ppm), which could bring an average global temperature rise of 4C. They call for more research on geo-engineering options to cool the Earth, such as dumping massive quantities of iron into oceans to boost plankton growth, and seeding artificial clouds over oceans to reflect sunlight back into space.
Writing the introduction to a special collection of scientific papers on the subject, published today by the Royal Society, Brian Launder of the University of Manchester and Michael Thompson of the University of Cambridge say: "While such geoscale interventions may be risky, the time may well come when they are accepted as less risky than doing nothing."
They add: "There is increasingly the sense that governments are failing to come to grips with the urgency of setting in place measures that will assuredly lead to our planet reaching a safe equilibrium." More >>>
Posted by Unknown at 11:21 AM