At 94 kilometers (58 miles) by 39 kilometers (24 miles) in size, the B-09B iceberg is comparable to the state of Rhode Island, which is wider but not quite so long. After lingering near the Mertz Glacier in Eastern Antarctica for several years, the massive iceberg collided with the glacier tongue on February 12 or 13, breaking it away from the rest of the glacier. The former glacier tongue formed a new iceberg nearly as large as B-09B. These images, all from the Moderate Resolution Imaging Spectroradiometer (MODIS) sensor on NASA’s Aqua satellite, show the iceberg and glacier tongue immediately before and after the collision. More >>>
Posted by Unknown at 9:14 AM

Since November last year, the public has been bombarded with the story of stolen emails from the Climatic Research Unit at the University of East Anglia, revealing a supposed "scandal" of scientific malpractice, stupidly and lazily named "climategate". Further media frenzy erupted over an erroneous Intergovernmental Panel on Climate Change statement that 80 per cent of Himalayan glacier area would very likely be gone by 2035. Other climate-related storms in a teacup have been appearing in the corporate media almost on a daily basis. This nonsense is distracting attention from a mountain of evidence that human-induced climate change is accelerating and poses a deadly threat to civilisation.

James Hansen, the leading NASA climate scientist who first warned the US Congress of the dangers of global warming in 1988, gave us his view of media performance on “climategate”:

“The media have done a great disservice to the public. This mess should be cleared up in the next year or so, although the damage may linger a while, because some people who paid attention to sensationalism may not bother with accurate explanations of the truth.

“The impression left from this affair is that there are some parts of the media that care less about responsible reporting than about selling newspapers or other ware. Some of the problem may be honest ignorance, as the quality of science reporting has declined in recent decades. And of course some media are controlled by people who have a political axe to grind.” (Hansen, email to Media Lens, February 18, 2010) More >>>
Posted by Unknown at 11:44 AM 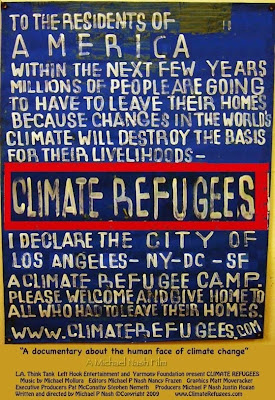 Sea levels can rise and fall fast, even during an ice age, according to new research

Mallorca, February 12, 2010 - Spain's largest island, is not just a desirable place for a Mediterranean vacation; it's also a treasure trove of the geologic record. That's because of coastal caves that precisely record in stone formations sea level thanks to the island's long-term geologic stability; it has been relatively unaffected by tectonics or glacial uplift or subsidence.

More disturbingly, the record suggests that sea level can rise or fall as fast as two meters a century—nearly 12 times as fast as sea level rise in the past 100 years and indicating the potential for a meter of sea-level rise within one human lifetime. "This has major implications for future concerns with sea-level change," says geoscientist Jeffrey Dorale of the University of Iowa, lead author of the new research published in the February 12 issue of Science. "Our study indicates rapid rates of ice melting and ice formation. The mechanisms underlying these dramatic changes need further consideration as we look to a future of impending climate changes." More >>>
Posted by Unknown at 12:52 AM

An introduction to the oil crunch: A wake up call

The Bigger Kahuna: Are More Frequent and Higher Extreme Waves a By-Product of Global Warming? Armand Thibault looked out over the Pacific's rumbling winter waves from his balcony in Neskowin, Ore. "The predicted high tide today is a 10.1 [feet]," he relayed via YouTube on Friday, January 29. "I'm very glad we don't have a storm surge behind this one. Tomorrow is supposed to be a 10.2, so it should be interesting."

Fortunately, Neskowin didn't experience a storm surge on Saturday either. But like a growing number of seaside towns along the Pacific Northwest coast, it is only a matter of time before another storm blows extreme waves across their coastlines and adds to already massive flooding and erosion. More >>>
Posted by Unknown at 6:47 AM