23 May 2016: Environmental degradation and pollution cause almost a quarter of all deaths, up to 234 times as many premature deaths as occur in conflicts annually and the deaths of more than 25% of all children under the age of five, according to a UN report released to coincide with the second session of the UN Environment Assembly (UNEA-2). The report, titled ‘Healthy Environment, Healthy People,' emphasizes the importance of a healthy environment to achieving the 2030 Agenda for Sustainable Development and addresses dangers posed by air pollution, chemicals, climate change and other issues linking environmental quality to health.

The report finds that in 2012, an estimated 12.6 million deaths were attributable to deteriorating environment conditions, with the highest proportion occurring in Southeast Asia and in the Western Pacific, followed by Sub-Saharan Africa. Deaths related to non-communicable diseases (NCDs) are rising in all regions.

In a discussion on what is impacting or driving such trends, the report points to ecosystem disruption, climate change, inequality, unplanned urbanization, unhealthy and wasteful lifestyles, and unsustainable consumption and production (SCP) patterns. The publication highlights, in particular, that climate change is exacerbating the scale and intensity of environment-related health risks, with the WHO estimating that 250,000 additional deaths could occur annually between 2030 and 2050 from climate-induced malnutrition, malaria, diarrhea and heat stress.

The report also explains that: air pollution kills seven million people annually, with 4.3 million of those deaths from household air pollution; lack of access to clean water and sanitation results in 842,000 deaths annually from diseases that cause diarrhea, which are the third leading cause of deaths of children younger than five; approximately 107,000 people die annually from asbestos exposure, and 654,000 died from lead exposure in 2010; and natural disasters have led to 606,000 deaths since 1995.

The report then goes on to illustrate how investing in a healthy environment can bring multiple benefits. For example, by phasing out nearly 100 ozone-depleting substances (ODS) up to two million cases of skin cancer and millions of eye cataracts may be prevented each year. In addition, eliminating lead in gasoline has prevented an estimated one million premature deaths per year, and reducing emissions of short-lived climate pollutants, such as black carbon and methane, could reduce global warming by 0.5°C by mid-century, and save 2.4 million lives a year by 2030.

To achieve these benefits, the report recommends: detoxification and removing harmful substances from and/or mitigating their impact on the environment; decarbonization and increased use of renewables; decoupling resource use and changing lifestyles; and enhancing ecosystem resilience and protecting natural systems, including protecting and conserving genetic diversity and terrestrial, coastal and marine biodiversity; strengthening ecosystem restoration; and reducing pressures from livestock production and logging on natural ecosystems. [Publication: Healthy Environment, Healthy People] [UNEP Press Release] [IISD RS Coverage of UNEA-2] 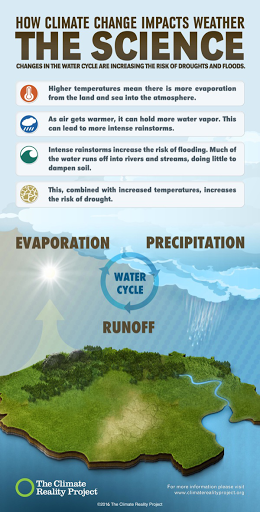 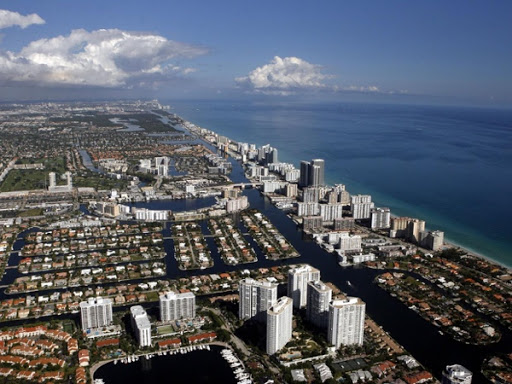 Do you know your NDA? The CCCCC is GCF Ready

The Green Climate Fund (GCF) aims to multiply current actions and responses to climate change while deploying unprecedented levels of funding to invest in low-emission and climate-resilient development in the battle to save our Earth.

The Caribbean Community Climate Change Centre (CCCCC) was accredited as a regional implementing entity by to this key multilateral financing mechanism to support climate action in developing countries on July 09, 2015.

The Executive Director of the CCCCC, Dr. Kenrick Leslie says “It speaks to the high calibre of work being done in the region and the strength of our internal systems. We will now move forward with a set of ambitious and bankable projects that we have been developing under a directive from CARICOM Heads”.

The first GCF “Readiness Week” was held from April 25 to 29th, 2016 to assist direct access entities in developing their project ideas. The event brought together the centre and 12 other accredited direct access entities and 27 developing countries to share project concepts and project proposals with each other. Caribbean Countries represented at the session included Antigua & Barbuda, Barbados and Guyana.

According to Dr. Bynoe “The recent workshop demonstrates the Green Climate Fund’s aspirations to fulfill its fit-for-purpose mantra. The workshop clearly demonstrates that the institution and its Board have been listening to the issues raised by Small Island Developing States (SIDS) and is seeking to address these through its Enhanced Direct Access approach. This is a step in the right direction and one should be applauded and encouraged.”

At the close of the session, GCF’s Executive Director Héla Cheikhrouhou reiterated to participants that “GCF’s role is to provide you with the necessary support so that you can lead transformative changes in your countries and regions…You are a trusted GCF partner, and the Fund can only be successful if you deliver on bringing about significant projects or programmes.”

Looking forward from the Sodongo Readiness session, GCF Regional Advisers will schedule calls with focal points to check on work programmes and also to organize group webinars to bring entities together for briefings on specific issues.

As the first regionally accredited organization, the CCCCC is now the interface and conduit for GCF funding to the Small Island Developing States (SIDS) of the Caribbean. Applications for GCF funding takes place in consultation with country focal points (NDAs) and the CCCCC.

For further information on GCF Funding, please contact your National Designated Authority listed below or the Caribbean Community Climate Change Centre at http://www.caribbeanclimate.bz/ .