Tropical forests used to protect us from climate change

A surprising scientific study released Thursday presents troubling news about the enormous forests of the planet's tropical midsection — suggesting that they are releasing hundreds of millions of tons of carbon to the atmosphere, rather than storing it in the trunks of trees and other vegetation.

The results, published in the journal Science, contradict prior work in suggesting that these forests — including the Amazon rain forest but also huge tropical forests in Indonesia, Congo and elsewhere — have become another net addition to the climate change problem. However, the accounting also implies that if the current losses could be reversed, the forests could also rapidly transform into a powerful climate change solution.

"The losses due to deforestation and degradation are actually emitting more CO2 to the atmosphere, compared with how much the existing forest is able to absorb," said Alessandro Baccini, the lead author of the study and a researcher at the Woods Hole Research Center. He conducted the study with fellow scientists from Woods Hole and Boston University.

At least five California municipalities are suing five major oil companies, claiming in public nuisance lawsuits that the firms should pay for the infrastructure costs associated with rising sea levels due to climate change.

The latest suits announced Wednesday by Oakland and San Francisco name BP, Chevron, ConocoPhillips, ExxonMobil, and Royal Dutch Shell. The cities claim the oil companies knew of the dangers of fossil-fuel-driven climate change but kept mum. The cities claim that global warming, which they say has melted ice sheets and heated sea water, has contributed to rising seas by about eight inches in California over the past decade. They say it could rise 10 feet by the year 2100.

"The bill has come due," San Francisco City Attorney Dennis Herrera said. "It's time for these companies to take responsibility."

San Francisco's suit (PDF) claims the oil companies went on a campaign for decades to fool the public. More

WANTED: Helpers to save the planet!

Eager to contribute to climate action? And at least 18 years old?
UN Volunteers will recruit more than 650 volunteers to support the UN Climate Change Conference from 6-17 November 2017.
Registration will be open on Monday, 18 September.

Find out more about the application process on: https://www.unv.org/cop23

For more information about the COP23 please visit the UNFCCC website: http://newsroom.unfccc.int/cop-23-bonn/

Can business save the world from climate change? 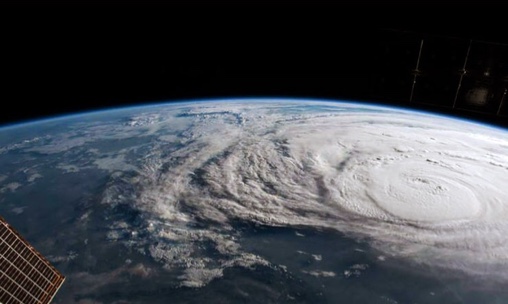 "We are still in." On June 5, with these four words a group of U.S. businesses and investors with a combined annual revenue of $1.4 trillion sent a powerful message to the world: U.S. President Donald Trump may have withdrawn from the Paris agreement on climate change four days earlier, but corporate America was not following suit.

"We Are Still In" launched with more than 20 Fortune 500 companies on board, including Google, Apple, Nike and Microsoft, as well as a host of smaller companies. The statement was coordinated by a large collective of organizations including World Wildlife Fund, Rocky Mountain Institute, Climate Mayors, Ceres and Bloomberg Philanthropies. It has grown to include more than 1,500 businesses and investors, as well as nine U.S. states, more than 200 cities and counties and more than 300 colleges and universities. More