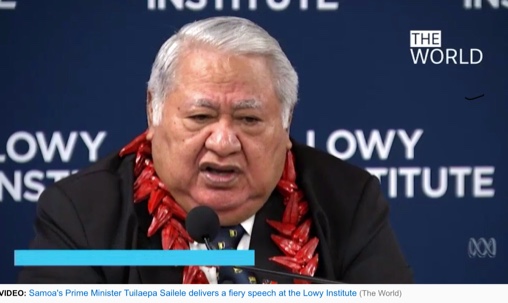 Samoan Prime Minister Tuilaepa Sailele has lashed out at climate sceptics and urged Australia to make deeper cuts to carbon emissions to help save Pacific Island nations from the "disaster" of climate change.

Mr Sailele told the Lowy Institute in Sydney that climate change posed an "existential challenge" to low lying islands in the Pacific, and developed countries needed to reduce pollution in order to curb rising temperatures and sea levels.
"We all know the problem, we all know the solutions, and all that is left would be some political courage, some political guts, to tell people of your country there is a certainty of disaster," Mr Sailele said.
"So any leader of any country who believes that there is no climate change, I think he ought to be taken to mental confinement. He is utterly stupid. And I say the same thing to any leader here."
The Prime Minister's intervention came as some Coalition MPs press the new Prime Minister Scott Morrison to abandon Australia's promise to cut carbon emissions under the Paris agreement.

New Foreign Minister Marise Payne is also expected to face questions about Australia's climate change policies at the Pacific Islands Forum leader's meeting in Nauru next week.
Senator Payne and Pacific leaders are set to sign the "Biketawa Plus" security agreement, which declares that climate change remains the "single greatest threat to the livelihoods, security and wellbeing of the peoples of the Pacific".
Several other leaders — including Fiji's President Frank Bainimarama and the Marshall Island's President Hilda Heine — have also called on Australia to do more to cut emissions.
Mr Sailele told the audience that "greater ambition" was needed to stop the destructive impact of climate change. Read More

Trump Nudges Global Climate-Change Politics to the Right - The Atlantic 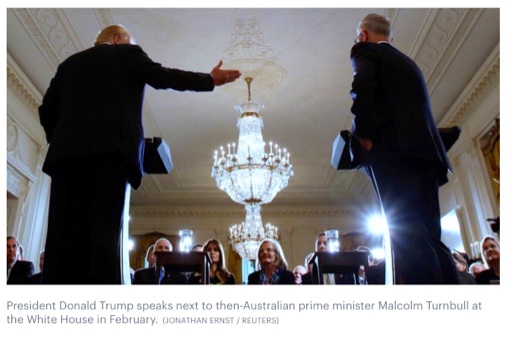 At a basic level, this pattern holds up, well, everywhere. Every country except the United States supports the Paris Agreement on climate change. But no major developed country is on track to meet its Paris climate goals, according to the Climate Action Tracker, an independent analysis produced by three European research organizations. Even Germany, Japan, and the United Kingdom—where right-wing governments have made combatting climate change a national priority—seem likely to miss their goals.

Simply put: This kind of failure, writ large, would devastate Earth in the century to come. The world would blow its stated goal of limiting atmospheric temperature rise. Heatwaves might regularly last for six punishing weeks, sea levels could soar by feet in a few short decades, and certain fragile ecosystems—like the delicate Arctic permafrost or the kaleidoscopic plenty of coral reefs—would disappear from the planet entirely. Read More 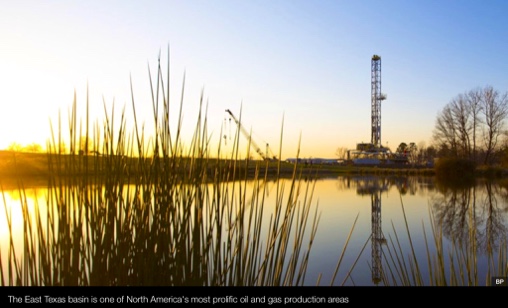 ======
BP, in a splurge of unadulterated capitalism, continues to invest in US shale assets as higher oil prices makes new and highly polluting extraction techniques more attractive again, which will boost its dividend to shareholders.

This goes to prove that the petroleum multi-nationals care more for profits than for the lives of our children and future generations. Editor
======

British oil and gas giant BP is buying $10.5bn (£8bn) of US shale assets as the higher oil price makes new extraction techniques more attractive again.
BP's purchase is its largest acquisition since the Deepwater Horizon accident in the Gulf of Mexico, which it is still paying for in the US.
The assets are being sold by Australian mining firm BHP Billiton. BP's boss, Bob Dudley, called the deal "a transformational acquisition". "This is... a major step in delivering our upstream strategy and a world-class addition to BP's distinctive portfolio," he said in a statement.
The deal marks a turning point for BP, which has had to rebuild its reputation in the US and is still paying the $65bn bill in clean-up and penalty costs resulting from the Gulf of Mexico rig disaster in 2010.

BP said it was confident of the deal's positive impact on its fortunes, and as a result would increase the dividend it pays to its shareholders for the first time in four years and would buy back $6bn worth of shares. Read More 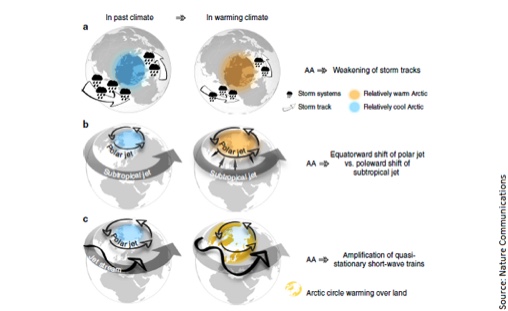 20/08/2018 - Be it heavy downpours or super-hot spells, summer weather becomes more persistent in North America, Europe and parts of Asia. When those conditions stall for several days or weeks, they can turn into extremes: heatwaves resulting in droughts, health risks and wildfires; or relentless rainfall resulting in floods. A team of scientists now presents the first comprehensive review of research on summer weather stalling focusing on the influence of the disproportionally strong warming of the Arctic as caused by greenhouse-gas emissions from burning fossil fuels. Evidence is mounting, they show, that we likely meddle with circulation patterns high up in the sky. These are affecting, in turn, regional and local weather patterns – with sometimes disastrous effects on the ground. This has been the case with the 2016 wildfire in Canada, another team of scientists show in a second study. 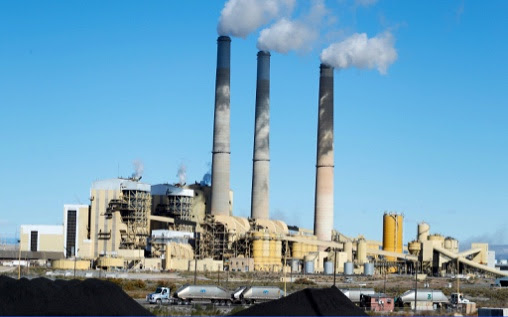 CNN)As his Environmental Protection Agency delivers its latest blow to environmental regulations aimed at reducing carbon emissions, President Donald Trump is heading into the heart of coal country to deliver the good news.

Trump will join supporters in Charleston, West Virginia, for a political rally on Tuesday to celebrate his administration's proposal to allow states to set their own emissions standards for coal-fueled power plants.
The move would reverse Obama administration efforts to combat climate change and marks the fulfilment of a campaign promise at the heart of his appeal in coal-producing states like West Virginia.
The EPA Tuesday morning formally unveiled the details of its new plan to devolve regulation of coal-fired power plants back to the states, one that is expected to give a boost to the coal industry and increase carbon emissions nationwide.
The move is just the latest effort by the Trump administration to revive an ailing coal industry and strip climate change-fighting regulations established by the Obama administration. He previously announced plans to withdraw from the Paris climate accords, calling it an unfair deal for Americans. Read More 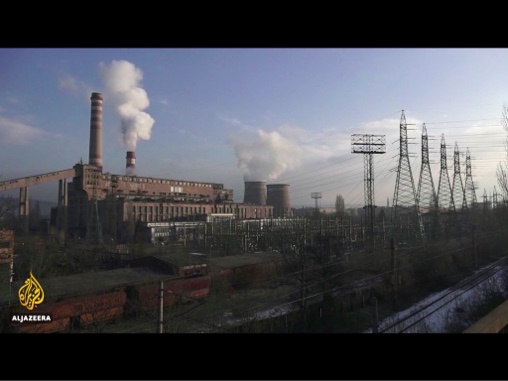 Though oil and gas companies have known about global climate change for decades, they've deferred reducing crude and gas production until the second half of this century. But with global weather patterns in flux, activists have been demanding that energy companies set and commit to more rapid action on curbing oil and gas production in line with the Paris climate agreement.
New calls for action come amidst forecasts by the International Energy Agency (IEA) that, by 2014, demand for oil and gas could fall by almost 50 percent - but only if carbon emissions reduction targets are met. With this threat to profits, many ask if big oil companies are serious about addressing global climate change.

Facing an eventual drop in demand, energy companies delay caps on the production of carbon-emitting products.

Oil majors like Royal Dutch Shell has acknowledged that climate change will be a major challenge for years to come, but Total and others are still expecting strong demand for fossil fuels over the next few decades – and Exxon Mobil is under investigation over financial disclosures for climate change.
Anthony Hobley, CEO for the financial think-tank Carbon Tracker, told Counting the Cost that when it comes to profits and compliance with international carbon reduction agreements, big energy companies are sending mixed messages:
"I think they've been a bit schizophrenic. They are looking at climate risk and we're now being deluged with disclosure and scenario analysis from the companies that are, effectively, stress testing their business models against a Paris compliant two degrees pathway. But then when they talk to investors they're still talking up demand." Read More 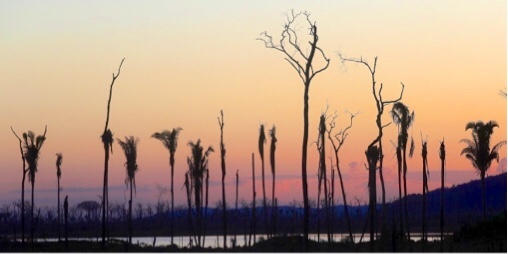 BY SHIFTING to a “wartime footing” to drive a rapid shift toward renewable energy and electrification, humanity can still avoid the

future laid out in the much-discussed “hothouse earth” paper, a lead author of the paper told The Intercept. One of the biggest barriers to averting catastrophe, he said, has more to do with economics than science.

When journal papers about climate change make headlines, the news usually isn’t good. Last week was no exception, when the so-called hothouse earth paper, in which a team of interdisciplinary Earth systems scientists warned that the problem of climate change may be even worse than we thought, made its news cycle orbit. (The actual title of the paper, a commentary published in the Proceedings of the Natural Academy of Sciences, is “Trajectories of the Earth System in the Anthropocene.”)

Coverage of the paper tended to focus on one of its more alarming claims, albeit one that isn’t new to climate researchers: that a series of interlocking dynamics on Earth — from melting sea ice to deforestation — can feed upon one another to accelerate warming and climate impacts once we pass a certain threshold of warming, even after humans have stopped pouring greenhouse gases into the atmosphere. The best chance we have for staying below that catastrophic threshold is to cap warming at around 2 degrees Celsius, the target enshrined in the Paris Agreement.

That’s all correct and plenty daunting. Yet embedded within the paper is a finding that’s just as stunning: that none of this is inevitable, and one of the main barriers between us and a stable planet — one that isn’t actively hostile to human civilization over the long term — is our economic system. Read More 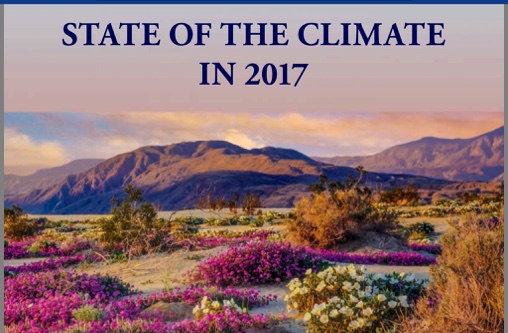 An international, peer-reviewed publication released each summer, the State of the Climate is the authoritative annual summary of the global climate published as a supplement to the Bulletin of the American Meteorological Society.
The report, compiled by NOAA’s Center for Weather and Climate at the National Centers for Environmental Information is based on contributions from scientists from around the world. It provides a detailed update on global climate indicators, notable weather events, and other data collected by environmental monitoring stations and instruments located on land, water, ice, and in space. 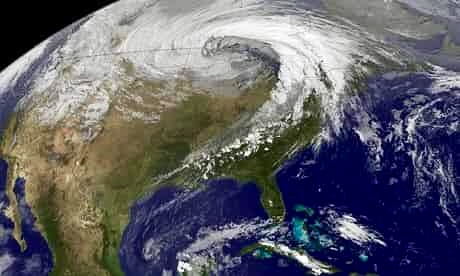 A new study partly-sponsored by Nasa's Goddard Space Flight Center has highlighted the prospect that global industrial civilisation could collapse in coming decades due to unsustainable resource exploitation and increasingly unequal wealth distribution.

Noting that warnings of 'collapse' are often seen to be fringe or controversial, the study attempts to make sense of compelling historical data showing that "the process of rise-and-collapse is actually a recurrent cycle found throughout history." Cases of severe civilisational disruption due to "precipitous collapse - often lasting centuries - have been quite common."