Why the ocean needs an Oscar 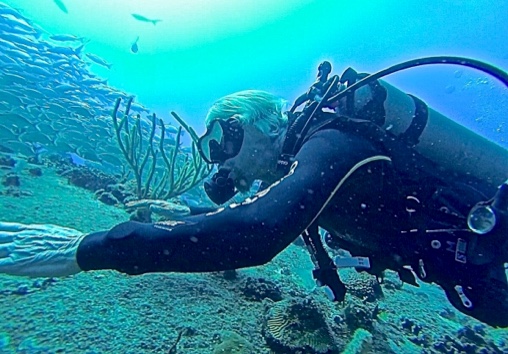 News about vanishing coral reefs was part of the story of 2017. Every time I dive a reef, my breath is taken away by the incredible beauty and bewildering diversity of life in the tropical seas. But around the world, corals are now sadly sentinels of ocean change.

Since the 1970s, more than 93 per cent of the extra heat from greenhouse gases has been absorbed by the ocean. To understand how much heat that is, researchers who worked on the amazing Netflix documentary Chasing Coral have suggested that we think of it this way: If the ocean wasn’t absorbing it, average global temperatures on land would be far higher—around 122°F (50 Celsius). Global average surface temperature right now is about 59°F (15 Celsius). A 122°F world, would be unlivable.

So more than 93 per cent of climate change is out of sight and out of mind for most of us, but as the ocean continues to take on all of this heat, it is becoming a real hazard for the majority of life on Earth. Their home, the world’s ocean, is becoming too hot and too acidic to live in. In turn, the risks we are exposing ourselves to as a result, are terrifying.

Chasing Coral is a must-watch documentary for everyone. It is the story of a band of scientists, film-makers and concerned individuals who set out to tell us one story and end up documenting the heart-wrenching death of parts of the Great Barrier Reef. It is a powerful story of the importance of science, the wonders and pitfalls of technology, the opportunities of innovation, and the stories and experiences of each of the people involved. Read More

North America fell into a pocket in 2017 but it was not the pocket of banksters. It fell into that in 2008.
In 2017 it found itself niftily enveloped by the ingenious pincer movements of three generals. First, the Southern attack by General Poseidon, God of the Oceans, striking at Houston before making amphibious landings on the coasts of Florida after devastating aerial attacks on Puerto Rico and the Virgin Islands. Next, the Western attack of General Hephaestus, God of Fire, reducing Santa Rosa and much of the Los Angeles foothills to ashes. Finally, the cyclone bombing invasion of the North by Moroz-Voevoda (General Winter).
Four decades of climate data now show that the jet stream — usually referred to as the polar vortex this time of year — is weakening. Normally a freight train circling the Arctic, it has slowed to more resemble a curious python, poking its nose below the Great Lakes more frequently and for longer looks. Just as the cold air that precedes the arrival of Nosferatu, a deep and foreboding chill is being felt at ever lower latitudes. Read More 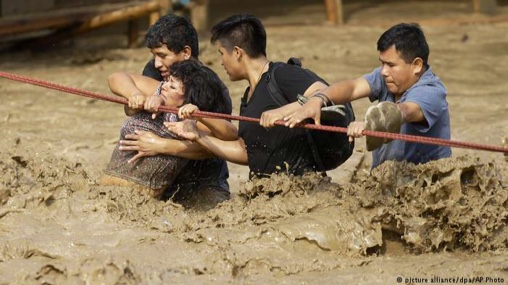 When we think of climate catastrophes, flooding is pretty high on the list of nightmare scenarios. But it's not just rising sea levels that are threatening communities with inundation: New research shows that ever more of us are at risk from rivers bursting their banks.
As the global temperature rises, water evaporates into the air, humidity increases, clouds form — and what goes up must come down. It's among the laws of physics: Warmer air holds more moisture, meaning bigger clouds that can travel further, resulting in even more extreme storms.
Since the mid-1980s, climate scientists have recorded a 20 percent increase in record-breaking rainfall around the world — with devastating consequences.
In 2017, flooding across India, Bangladesh and Nepal affected 40 million people, and more than 1,200 died. In flooding in Sierra Leone, more than 1,100 people perished. As Peru recorded 10 times the normal level of rainfall, hundreds of thousands of people were displaced and at least 70 killed.
To round out the inventory of flooding's impact for last year, lives were also lost to flooding in China, the Philippines, Italy, and Vietnam, among other locations.
And 2018 has carried the trend forward. This week, at least 17 people were killed as dramatic storms swept California. Roads looked like rivers and homes were destroyed.

BASSETERRE, St Kitts (CMC) — Member states of the Caribbean Community (CARICOM), have been urged to tackle climate change with courage and realism to prevent total annihilation of their economies. 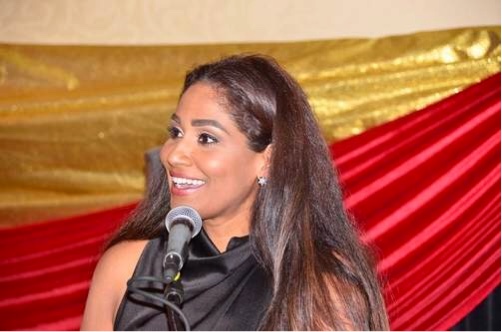 According to Hanna, climate change “is real and potentially destructive and a destructive issue for all who call the Caribbean home.”

“Climate change has serious implications for small island developing states in CARICOM and must be tackled with courage and realism. All of us could face a total annihilation of our economies if we do not tackle this fight,” she said