Is there any real chance of averting the climate crisis?

NASA’s James Hansen was the first to point out the perils of climate change to the US Congress. Here, he begins a heated debate with experts from around the world, from China to the threatened Maldives, and argues that our leaders must be shaken out of their complacency. But will they show enough courage at next week's Copenhagen summit to take the first steps to saving the planet?

Absolutely. It is possible – if we give politicians a cold, hard slap in the face. The fraudulence of the Copenhagen approach – "goals" for emission reductions, "offsets" that render ironclad goals almost meaningless, the ineffectual "cap-and-trade" mechanism – must be exposed. We must rebel against such politics as usual.

Science reveals that climate is close to tipping points. It is a dead certainty that continued high emissions will create a chaotic dynamic situation for young people, with deteriorating climate conditions out of their control.
Science also reveals what is needed to stabilise atmospheric composition and climate. Geophysical data on the carbon amounts in oil, gas and coal show that the problem is solvable, if we phase out global coal emissions within 20 years and prohibit emissions from unconventional fossil fuels such as tar sands and oil shale.
More >>>
Posted by Unknown at 4:23 PM 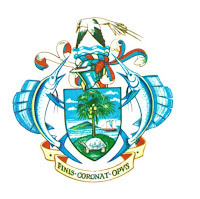 VICTORIA, Mahé, November 12, 2009/African Press Organization (APO)/ — The Republic of Seychelles, as a member of the Alliance of Small Island States (AOSIS) -a Climate Change negotiating bloc of 43 island nations, has urged leaders of the world’s industrial nations to double efforts toward concluding an ambitious and legally binding pact at the Dec. 7-18 climate summit in Copenhagen.

This was the call made by the Seychelles delegation during the last UN Climate Change negotiating session which took place in Barcelona, Spain from 2-6 November, 2009.
Seychelles was represented by Ambassador Ronny Jumeau and Mr. Wills Agricole, Director General, Climate and Environmental Services of the Ministry of Environment, Natural Resources and Transport.

More than 4,500 participants, including delegates from 181 countries, took part in the Talks. This call to action by Seychelles’ negotiators follows the statement by President James Michel to the special event on climate change organized prior to the United nations General Assembly in September, where he clearly pitched the fight against Climate Change as a battle for survival by small island states:

Climate Change and Sea Level Rise - Seychelles Based Blog Run by Roplh Payet, Special Advisor to the President of the Seychelles.
Posted by Unknown at 8:15 AM

Climate change is expected to act as a "threat multiplier" in the Pacific region, home to 14 Pacific island countries and five territories (PICT), the U.N. Food and Agriculture Organization said in a special report issued ahead of U.N. climate change talks in Copenhagen in December.

"Despite the fact that PICTs make negligible contributions to global greenhouse gas emissions rates (0.03 percent), they find themselves -- unfairly -- facing the frontline of climate change impacts," the reports said. More >>>
Posted by Unknown at 4:02 PM

Sea levels could rise by up to 20ft (6m) if the world fails to get pollution under control, according to the latest study in the Antarctic.

19 Nov 2009 - The British Antarctic Survey (BAS) found that during past periods of high carbon dioxide, temperatures in Antarctica were up to 6C above current levels. This could cause a sea level rise of up six metres, threatening coastal cities like London, New York and San Francisco.
It is the latest research to warn of the consequences of increased greenhouse gases on the Earth's climate. Yesterday a study warned that carbon dioxide produced by man is now rising at record rates putting the world on a pathway for a10.8F(6C) rise in temperature.
All the recent studies are adding pressure on world leaders to agree in international deal on climate change at a UN summit in Copenhagen this December. More >>>
Posted by Unknown at 5:35 PM

Seychelles struggles to adapt to climate change in a losing battle

UNITED NATIONS, Nov. 12 (Xinhua) -- This season Jacques Matombehad to burn 14,300 U.S. dollars worth of pumpkin that he spent months growing on his farm in Seychelles. There was no other way to stop the disease spreading to his crop.

"It was out of control," he said, standing in a field of crispy pumpkin plants. "You have to burn it."
Disease and pests have become a problem for Matombe and other locals who farm the Aseroyale Plateau on Mahe, Seychelles' main island. Once cool, trade winds are now warmer, fostering the right breeding grounds for disease.

The change in temperature and unusual, extreme seasons have made farming even more unforgiving, said Matombe, noting that his neighbor recently had to burn thousands of dollars worth of Chinese cabbage after they became infected. "The disease attacks the heart," he said.
Matombe's five hectares of farmland must support his family of five children and keep 30 workers employed. But changing weather patterns have increased the costs of running his farm, raising the stakes in a precarious livelihood.

Climate change is making it more difficult to for Seychelles to achieve food security, said Antoine Marie Moustache, the co-chair of Seychelles' Agricultural Agency on Food and Security, and a member of the National Climate Change Committee. More >>>
Posted by Unknown at 7:06 AM

Poor countries considered vulnerable to climate change have pledged to embark on moves to a low-carbon future, and challenge richer states to match them.

The declaration from the first meeting of a new 11-nation forum calls on rich countries to give 1.5% of their GDP for climate action in the developing world.
It also calls for much tougher limits on greenhouse gas emissions.
The forum was established by Maldives President Mohamed Nasheed to highlight the climate "threat" to poor nations.
The declaration contends that man-made climate change poses an "existential threat to our nations, our cultures and to our way of life, and thereby undermines the internationally protected human rights of our people".
More >>>
Posted by Unknown at 5:47 AM

THE COPENHAGEN CONFERENCE ON FOOD SECURITY

For the 193 national delegations gathering in Copenhagen for the U.N. Climate Change Conference in December, the reasons for concern about climate change vary widely.

For delegations from low-lying island countries, the principal concern is rising sea level. For countries in southern Europe, climate change means less rainfall and more drought. For countries of East Asia and the Caribbean, more powerful storms and storm surges are a growing worry. This climate change conference is about all these things, and many more, but in a very fundamental sense, it is a conference about food security.   We need not go beyond ice melting to see that the world is in trouble on the food front. The melting of the Greenland and West Antarctic ice sheets is raising sea level. If the Greenland ice sheet were to melt entirely, sea level would rise by 23 feet. Recent projections show that it could rise by up to 6 feet during this century.   The world rice harvest is particularly vulnerable to rising sea level. More >>>
Posted by Unknown at 3:00 PM

Maldives meeting a crucial step towards Copenhagen
09 November 2009 - In Copenhagen in December, world leaders will have the chance to agree a global plan to fight climate change.

The world’s most powerful nations will attend, but it is important that the meeting is not just about the interests of rich, developed countries.
Representatives will also be present from the world’s poorest countries – including those that will be the worst affected by climate change over the next century.
Floods, droughts, cyclones and other climate-related disasters are already being visited upon the developing world, but to date international negotiations on tackling climate change have been dominated by the voices and concerns of the developed world.

On 10 and 11 October, the leaders of some of those countries most vulnerable to the effects of man-made global warming will gather in the Maldives for the inaugural Climate Vulnerables Forum. This is an opportunity for participants to work together to develop a strong, unified voice on climate change - a voice that will be heard in international negotiations such as Copenhagen.
Countries attending include: the Maldives, Tanzania, Kenya, Barbados, Vietnam, Bhutan, Ghana, Kiribati, Nepal, Bangladesh and Rwanda. Each of these countries has experience of the effects of climate change – and action is vital in each to prevent catastrophic losses in years to come. More >>>