Islands comb own shores for solutions to environmental pressures 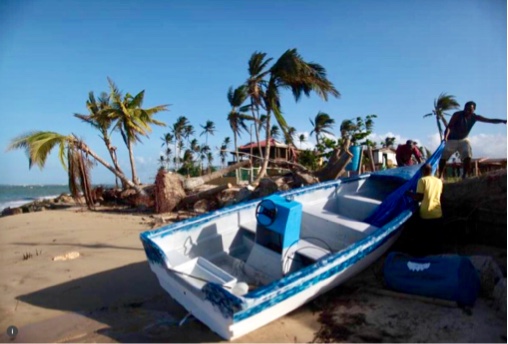 CALVIA, Spain, April 26 (Thomson Reuters Foundation) - Island governments around the world are no longer begging for help to tackle the many problems they face - from too many tourists to devastating storms and rising seas - but are finding their own solutions and sharing them, experts say.

There has been a "huge shift" in the past 10 to 15 years, said Kate Brown, executive director of the Global Island Partnership, an alliance spearheaded by island leaders.

Islands no longer present themselves merely as victims of external pressures, but are blazing a trail in areas such as marine conservation, renewable energy and sustainable tourism.

"There is a real difference in thinking - that it is possible to do something and we don't need to wait for other people to tell us what to do," Brown told the Smart Island World Congress in Calvia on the Spanish island of Mallorca this week.

Islands have had successes at international climate talks, she noted - from winning a lower limit on global temperature rise in the Paris climate deal to convincing the world's shipping industry to curb its planet-warming emissions.

Progress is being made on home shores too, Brown said. Her organisation is working with the Marshall Islands, Palau and Fiji, for instance, to see how global development goals apply to them and uniting business and government to map out an action plan - as has been done in Hawaii.

The conference, attended by representatives of more than 100 islands alongside researchers, businesses and other experts, showcased efforts to preserve the natural wealth of islands and protect them better from worsening extreme weather, plastic pollution, uncontrolled tourism and other stresses.
Read More 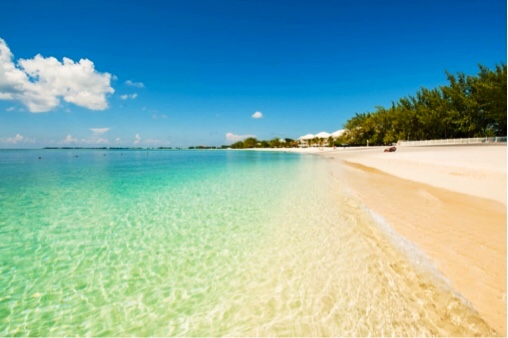 The most-startling prediction is that a quarter-meter rise in sea levels, less than 10 inches, will swamp 33 buildings in Grand Cayman, among them 17 private homes and two apartment blocks.

Apart from the shock value, the striking thing about the forecasts are that they are nine years old, published in 2009. Yet little has changed. If anything, says Nick Robson, head of climate research organization The Cayman Institute, sea level rise has accelerated.

“The institute’s report on SLR predicted a one-meter rise by 2100,” he said last week. “However, SLR appears to be escalating and may well be more than one meter.”

Pointing to Government Information Services maps, Robson says, the flooding from a sea level rise of only one-quarter meter, 9.94 inches, rapidly becomes “progressively worse from there – and if you model an Ivan-type storm surge on top of the SLR, it quickly becomes frightening.” Read More 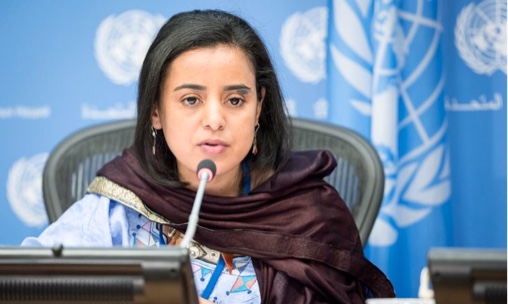 In her opening remarks to the Forum in New York, the chairperson, Mariam Wallet Aboubakrine, a medical doctor from Timbuktu, Mali, called the land husbandry of Aboriginal peoples “part of our history and heritage.”

But few countries have acted to defend these peoples’ collective rights, she added.

“Law enforcement is inadequate or non-existent, and other elements of Legislation go against these rights,” she said. Measures necessary to give meaning to land rights, such as tenure delimitation and allocating title deeds, are often not implemented.

Moreover, she continued, those who defend indigenous rights continue to be targeted when they raise their voices – particularly when States or private actors seek their resources for aggressive development such as logging.

“As long as our rights over our lands, territories and resources are not recognized,” she added, indigenous people risk falling far short of the UN’s Sustainable Development Goals.

“In the same way,” she said, “the world risks losing the fight against climate change and the destruction of the environment.”

UN for all peoples

General Assembly President Miroslav Lajčák reminded everyone “The United Nations is here for people. And that includes indigenous people.”

“But we cannot yet say that this Organization has opened its doors wide enough,” he said. “And so, we need to be more ambitious.”

“That is shocking,” he said, adding that their human rights are being violated, they are being excluded and marginalized and face violence for asserting their basic rights.

Focusing on the theme of indigenous land, territories and resources, he said: “Indigenous people are being dispossessed. They are losing the lands their ancestors called home.”

But with global attention to indigenous rights on the rise, Mr. Lajčák saw reasons for hope, as well.

“The signs do look positive,” he said, noting that the UN teams on the ground are developing stronger partnerships, determined to make these communities stronger.

“We should be hopeful. But we cannot ignore the very real, and very serious, challenges. They cast a shadow over the future of many indigenous communities. And they demand our urgent attention,” he said.

When Evo Morales Ayma, President of the Plurinational State of Bolivia, spoke, he explained how for 500 years the indigenous people of America have waged a resistance campaign to defend their dignity and identity.

“We are all descendants of Mother Earth, so we are all brothers and sisters,” he underscored.

The seventeenth annual Forum opened to a ceremonial cultural performance and a traditional welcome by Todadaho Sid Hill, Chief of the Onondaga Nation from New York State.

Established in 2000, the forum provides expert advice and recommendations on indigenous issues to the UN’s Economic and Social Council (ECOSOC) as well as to specialized agencies that work on issues like development, agriculture, environmental protection and human rights. Read More

This online series will feature leading scientists, attorneys, writers, community leaders, activists, and artists. Some of the lectures will do the important work of explaining the current state of human rights and climate change—how did we get here and what is happening around the world? Others will be forward-looking and invite listeners to imagine a future in which we have made the great turning toward climate justice for all living beings. Other lectures may focus on a place—the fracking fields next to schools and neighborhoods, Standing Rock, deep sea drilling sites. Together, the lectures will create a chorus of voices and ideas that will invite audiences to imagine how we can build communities and lives in a world where environmental crises are quickly recognized as human rights crises.

We will release a new Bedrock Lecture each Wednesday from January 31 to May 30, 2018. The lectures will be free and publicly available on our website, social media channels, and at a weekly live-screening (details below). Each lecture will span about 20 minutes, and we invite you to watch them from your desk, with a group of friends, or at a community gathering.