Seychelles protects an area 'as big as Britain' in Indian Ocean 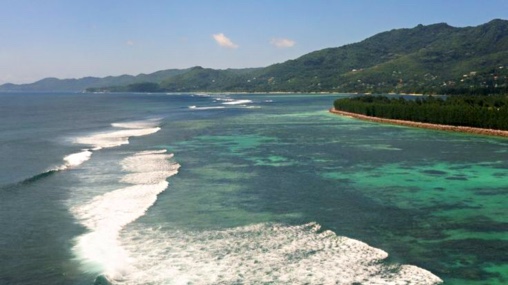 This is understood to be the first debt swap designed to protect ocean areas in the world.

The Seychelles government agreed the debt swap with the Nature Conservancy, a US charity, and a number of investors back in 2016.
Under the terms of the $21m (£15m) deal, the charity and the investors - including the Leonardo DiCaprio Foundation - paid for a portion of the Seychelles national debt.
The country will then direct future national debt payments into a new trust, the Seychelles Conservation and Climate Adaptation Trust (SeyCCAT).
This trust will offer lower interest rates on debt repayments, and any savings will go to fund new projects designed to protect marine life and handle the effects of climate change.

"This is a critical accomplishment in our mission to bring conservation to scale across the globe," said Nature Conservancy CEO Mark Tercek.

"What you see today in Seychelles is what we expect to introduce in the Caribbean and other ocean regions facing the threats of climate change." Read More

My Tesla Runs on Banana Peels 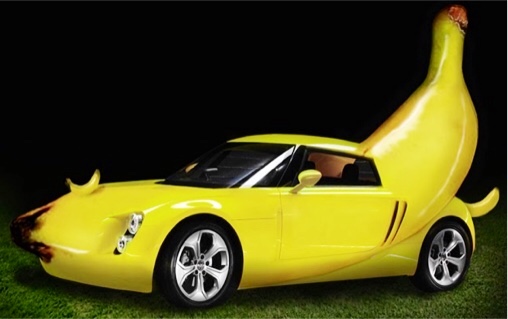 Put biochar in the ground, and regardless who the next farmer is, or what the weather decides to do, the biochar carbon will stay in the ground. That is possibly our strongest asset in relation to other options that are only as good as the management that maintains them. Forests can be bulldozed, soils can be ripped up and oxidized, biochar is stable in soil.
— Josiah Hunt

The amount of thermal energy or electricity produced during that conversion is variable, depending on the energy potential of the biomass and the process. The types of machines used are typically divided between CHAP (combined heat and power) and CHAB (combined heat and biochar). CHAP is mostly carbon neutral (depending on transportation distances) and CHAB is carbon negative, or net drawdown, as long as the product — biochar — is not reused as a fuel. Read More 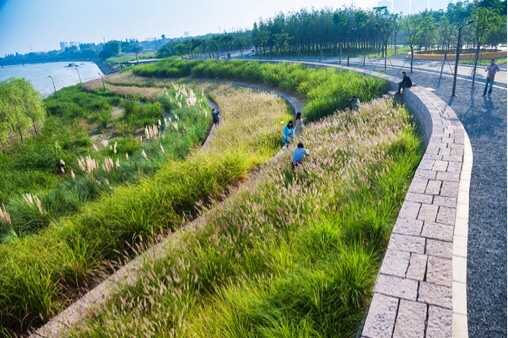 During the 20th Century, the rate of global warming was twice as fast in Taiwan (1.7°C) as for the world as a whole (0.74°C). Partly as a result, the number of days with rainfall decreased dramatically and typhoons gained strength. In 2009, Typhoon Morakot dropped over 1,000 mm (39.4 inches) in a single day and caused the loss of 699 lives. A massive mudslide wiped out Xiaolin Village and 474 people were buried alive. In 2015, Typhoon Soudelor left similar damage. It took months to repair the roads.

Then Taiwan and East China were struck by Dujuan, known in the Philippines as Typhoon Jenny, a killer storm and the thirteenth typhoon of the 2015 Pacific typhoon season. Eight months later, Nepartak became the third most intense tropical cyclone on record with 114 deaths and more than $1.5 billion damage in Taiwan and East China. September brought Meranti, a super typhoon and the strongest ever to make landfall in China in more than 1000 years of records. Meranti’s peak sustained winds tied the record set by Haiyan in 2013, 195 mph (315 km/h), comparable to a tornado, or a Category 5 hurricane on the Saffir-Simpson scale. In Taiwan, nearly 1 million households lost power and 720,000 lost water supplies. Flooding in Zhejiang took 902 homes and affected 1.5 million people.

Between those punctuations, the erratic weather brought long droughts. New Taipei City had to enforce water restrictions when the Shihmen reservoir went dry in April. All cities along coasts or rivers have engineered means to remove excess water and to prevent flooding. Few have the means to sustain themselves in severe droughts. Read More 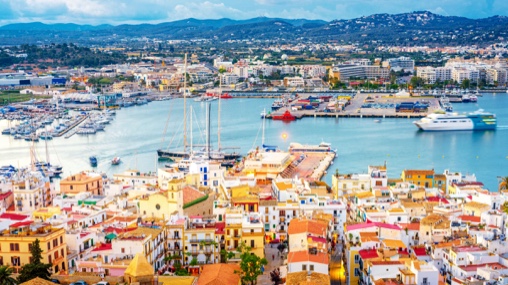 Ibiza and Majorca could be running on 100 per cent renewable energy by 2050, under plans unveiled by the islands’ government yesterday.

The proposed climate change law would make the islands some of the greenest in the world but could also pave the way for clashes with Madrid.

The Balearics generate less than 3 per cent of their electricity from renewable sources at present, primarily from solar panels. Coal-fired power plants, diesel generators and gas plants account for more than 70 per cent of supply, while most of the rest is imported from the mainland.

The plan would involve a phased shutdown of the islands’ main coal plant, at Alcúdia on Majorca, between 2020 and 2025, a proposal that has been rejected by the Spanish energy ministry. Joan Groizard, the Balearic islands’ energy director, said the target to move to entirely renewable energy would mean the islands needed to achieve “100 per cent renewable electricity long before 2050”.

Large car parks would have to install solar panels by 2025. By 2035, car hire companies would be forced to electrify their entire fleets and new non-electric vehicles would be banned from entering the islands.

Mr Groizard said he hoped that the law would help the islands “be recognised as a low-carbon destination, where the rest of Europe can not only enjoy a holiday but also learn something they can then apply to their own energy transitions”.

Sam Fankhauser, director of the Grantham Research Institute at the London School of Economics, said: “Going 100 per cent renewable by 2050 is a much more aggressive target for the power sector than most other countries have.”

Britain is aiming to cut its greenhouse gas emissions by 80 per cent compared with 1990 levels by 2050. 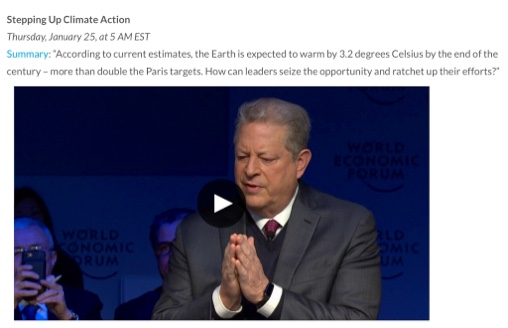 The three-day annual event is being held January 23-26 with attendance expected from a who’s who of global and business leaders, academics, activists, and more, including Indian Prime Minister Narendra Modi, who will deliver the opening address; French President Emmanuel Macron; British Prime Minister Theresa May; Canadian Prime Minister Justin Trudeau; and US President Donald Trump, who is set to deliver a keynote address before the close of the meeting.
The Forum engages the foremost political, business, and NGO leaders in hopes of shaping global and industrial agendas to improve the state of the world.

“Convening participants under the theme, Creating a Shared Future in a Fractured World, the meeting will focus on finding ways to reaffirm international cooperation on crucial shared interests, such as international security, the environment and the global economy,” WEF writes. Read More

Make it a part of your ordering when you're at a restaurant. When you order your drink, make sure to say "no straw." Soon it will become automatic. "Iced tea, no straw." 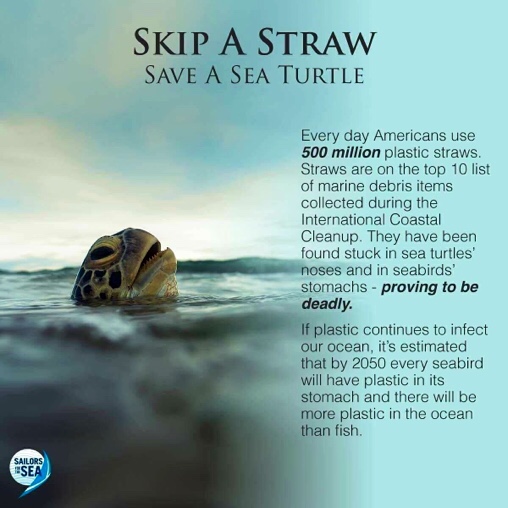 Interviews - An interview with Dan Cross-Call from the Rocky Mountain Institute - Renewable Energy Magazine, at the heart of clean energy journalism 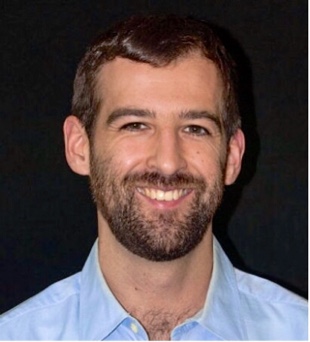 Over the past year, the adoption of distributed energy resources (DERs), such as solar PV, has increased tremendously. Alongside escalating concerns around carbon and greenhouse gas mitigation, this has forced an understanding that US utilities need to re-orientate their operating strategy and industry outlook in the face of regulatory, policy, and technological change – or risk losing market share.

The latest report from the Rocky Mountain Institute (RMI), Reimagining the Utility, aims to help policymakers and industry leaders make this transition by framing the critical choices regulators and utilities must make to best shape the ongoing evolution of a cleaner, more resilient, and more customer-oriented grid. 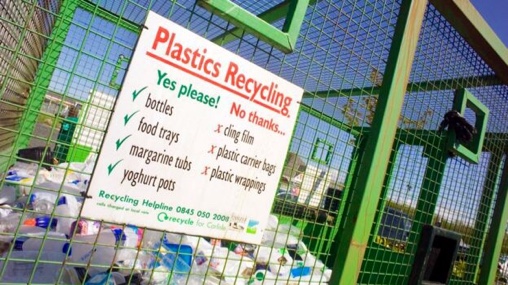 Advisers to government say the schemes have massively reduced plastic litter in the environment and seas. And a ministerial delegation has been to Norway to see if the UK should copy an industry-led scheme that recycles 97% of bottles.
In the UK, figures show that only around half of all plastic bottles get recycled.
Norway claims to offer the most cost-efficient way of tackling plastic litter
The Norwegian government decided the best method would be to put a tax on every bottle that's not recycled - then leave the operating details of the scheme up to business.
It works like this: The consumer pays a deposit on every bottle - the equivalent of 10p to 25p depending on size.
They return it empty and post it into a machine which reads the barcode and produces a coupon for the deposit.
If the careless consumer has left liquid in the bottle, the machine eats it anyway - but hands the deposit to the shopkeeper who'll need to empty the bottle.
Similar schemes are in operation in other Nordic nations, Germany, and some states in the US and Canada.
The managers of the Norway operation say it could easily be applied to the UK. Read More

How Bill Gates aims to clean up the planet 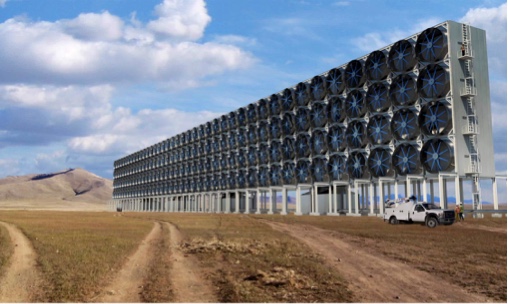 It’s nothing much to look at, but the tangle of pipes, pumps, tanks, reactors, chimneys and ducts on a messy industrial estate outside the logging town of Squamish in western Canada could just provide the fix to stop the world tipping into runaway climate change and substitute dwindling supplies of conventional fuel.

It’s a simple idea: strip CO2 from the air and use it to produce carbon-neutral fuel. But can it work on an industrial scale?

The idea is grandiose yet simple: decarbonise the global economy by extracting global-warming carbon dioxide (CO2) straight from the air, using arrays of giant fans and patented chemical whizzery; and then use the gas to make clean, carbon-neutral synthetic diesel and petrol to drive the world’s ships, planes and trucks. Read More 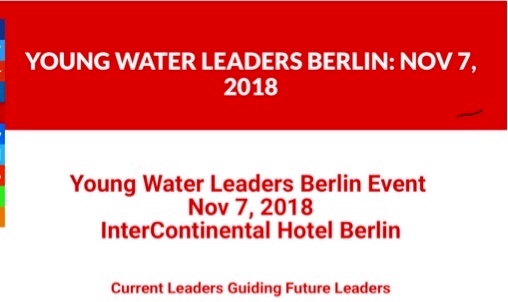 Welcome to the Young Water Leaders Berlin Event which connects current leaders with future leaders to ensure a water-secure world for today’s and future generations.

Young Water ​Leaders Berlin ​is the first ​major event to ​bring current ​and future ​leaders ​together to ​build a water-​secure world.​ ​