Has veteran climate scientist James Hansen foretold the ‘loss of all coastal cities’ with latest study?

Has veteran climate scientist James Hansen foretold the ‘loss of all coastal cities’ with latest study? 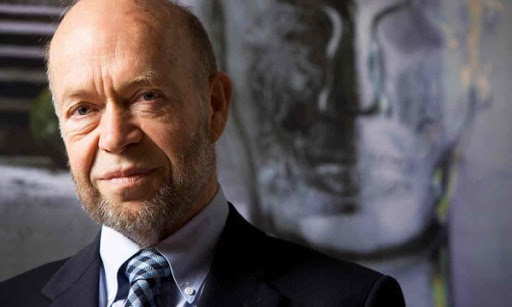 Firstly, Hansen says they may have uncovered a mechanism in the Earth’s climate system not previously understood that could point to a much more rapid rise in sea levels. When the Earth’s ice sheets melt, they place a freshwater lens over neighboring oceans. This lens, argues Hansen, causes the ocean to retain extra heat, which then goes to melting the underside of large ice sheets that fringe the ocean, causing them to add more freshwater to the lens (this is what’s known as a “positive feedback” and is not to be confused with the sort of positive feedback you may have got at school for that cracking fifth grade science assignment). Secondly, according to the paper, all this added water could first slow and then shut down two key ocean currents – and Hansen points to two unusually cold blobs of ocean water off Greenland and off Antarctica as evidence that this process may already be starting. If these ocean conveyors were to be impacted, this could create much greater temperature differences between the tropics and the north Atlantic, driving “super storms stronger than any in modern times”, he argues.   “All hell will break loose in the North Atlantic and neighbouring lands,” he says in a video summary. More
Posted by Unknown at 1:11 PM