A new era of conflict

We have entered a new era of conflict, warns new book by Emeritus Professor Paul Rogers 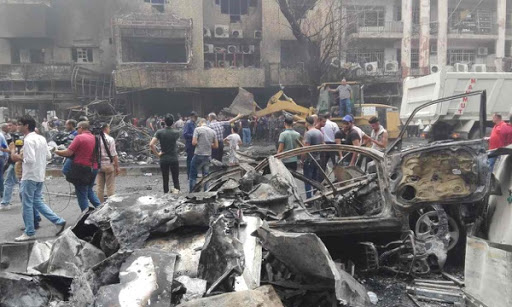 The causes of conflict are many and deep – economic, political, societal, environmental, demographic. n his new book, Irregular War (IB Tauris) , he reflects on Isis, al-Qaida, Boko Haram, Al Shabab, and the Taliban - all separate manifestations, he says, of a new non-state dynamic driving international conflict through asymmetric and hybrid warfare.   But their significance is more fundamental. They are part of what Rogers calls “an historical shift towards revolts from the margins”. And such revolts are made more likely by “the widening global socio-economic divide and the onset of climate disruption”.   In this holistic approach, he points to the enormous and growing gap between the world’s rich and poor. But the old division between rich countries and poor countries no longer applies as figures from the US demonstrate dramatically.    Rogers points to David Hulme’s book, Global Poverty: Global Governance and Poor People in the Post-2015 Era – while the global poverty rate may be declining slowly, the relative poverty rate in high-income countries has increased, and has more than doubled in the developing world. Meanwhile, the global military-industrial complex consumes some $1,700 bn a year.   There are likely to be two fundamental trends threatening world security, according to Rogers. One is “the increasing marginalisation of the majority of the world’s people caused by the workings of the neo-liberal system of international economic activity” which concentrates most of the fruits of economic growth in the hands of a transglobal elite of some 1.5bn people. More
Posted by Unknown at 8:08 AM