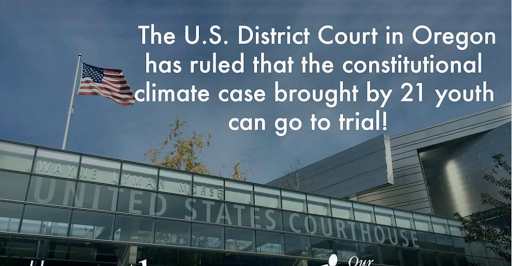 The U.S. District Court for the District of Oregon has rejected attempts by the U.S. government & fossil fuel industry to dismiss the youth-brought climate lawsuit! Now the youth can prepare to proceed to trial, and a ruling securing a stable climate system!