Climate science: revolution is here PAUL ROGERS 11 August 2016     A host of innovations in energy technology is transforming the climate-change outlook – one of the world's three required paradigm shifts. 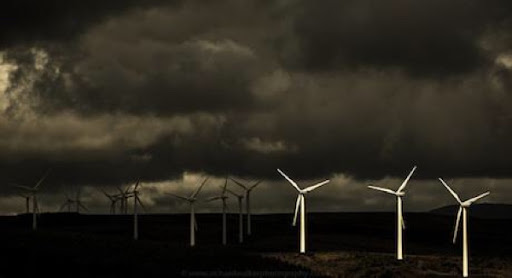 Heatwaves of more than 50⁰C in Iraq and India in recent weeks are yet further indications that climate disruption is a present-day reality, not something for the future that the world can respond to at leisure. They come in the wake of many months of increasing global temperatures and successively escalating years: 2014 the warmest on record, 2015 exceeding that, and 2016 confidently expected to be even higher (see "The climate pioneers: look south", 22 June 2016)   None of this should come as any surprise, since climate scientists have been warning repeatedly that the global climate is starting to become unstable. That judgment was reflected in the decision at the Paris climate summit in December 2015 to revise its aim for global-temperature increases: a limit of 1.5⁰C instead of the previous target of 2.0⁰C.    Many states agreed to the new objective, which was seen as the major achievement of the Paris meeting. But it has now become clear that on present trends, there is very little chance of it being achieved (see "Scientists warn mankind will miss crucial climate change target – eight months after agreeing it", Independent, 7 August 2016). Indeed, figures for February-March 2016 showed an increase of 1.38⁰C, already very near to the long-term target, even as all the indications suggest there will be major additional rises in the next few years.   In any case, many climate scientists and energy analysts argue that the current targets for reducing emissions are far too low. This is because carbon dioxide in the atmosphere has a slow rate of circulation, meaning that – even if the rate of emissions is brought under control – there is a considerable 'lag' phase before concentrations are reduced. More
Posted by Unknown at 12:01 PM